Shangri La Casino Tbilisi: Everything You Wanted to Know 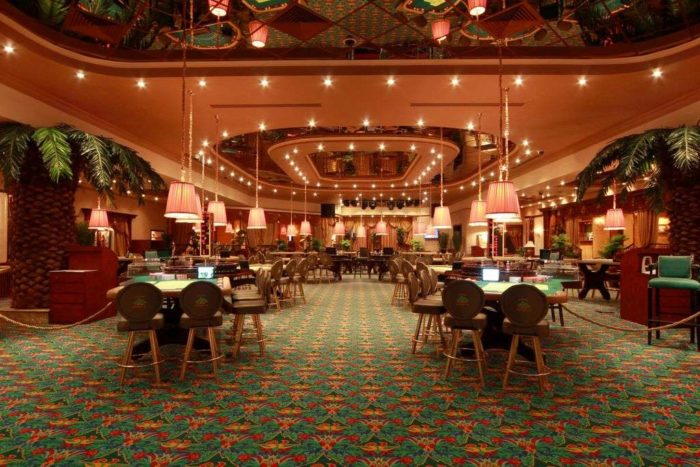 Shangri La Casino Tbilisi has opened several years ago in Tbilisi. It is located in the historical center of the capital of Georgia and is a part of the Shangri La Casinos network. This network is managed by the world’s famous gambling company Storm International of Michael Boettcher, which was founded more than 25 years ago introduced strict rules in this business. Due to this, nowadays the casino is one of the best in the country and received the award «Golden Brand» two years in a row in 2016 and 2017.

Georgian legislation in the field of gambling contributes to attracting foreign investors, as well as numerous tourists and gamblers to the country. The gaming industry in this southern country is developing at an enviable pace. Shangri La is also focused not only on local guests, but also on foreign travelers who cannot play in their home country. In 2017, the number of foreign visitors increased significantly due to the well-thought-out management of Storm International, Darren Keane, CEO of the company noted.

Today there are three casinos in Tbilisi, but gambling establishments are also successfully operating in other cities — Batumi, Sighnaghi, Akhaltsikhe, etc., which have become the favorite resorts and entertainment centers for thousands of tourists. However, by 2020, the country plans to open several more world-class land-based casinos. It is not by chance that these cities were called «Georgian Las Vegas». But it is Tbilisi’s casinos that are most attractive to guests, as they are located in the very center of Georgia’s cultural life.

Shangri La Casino Tbilisi is the largest and most popular gambling establishment in Georgia. The brand «Shangri La» is very popular and recognizable in the CIS countries and the former USSR. All casinos «Shangri La» have a luxurious interior, a pleasant atmosphere, service and comfort of the highest class, a wide selection of gambling entertainment.

A lot of Shangri La Tbilisi customers, as we noted earlier, are foreign guests. Players from all over the world come here in search of good luck and entertainment. For clients, there are both table games (poker, American roulette, blackjack, etc.), as well as a large number of modern slots. Shangri La casino operates around the clock 7 days a week, while there are age limits for visitors: from 18 years old for slot machines and 21 for casino games.

The area of the casino is quite large, the territory has its own restaurant with the author’s cuisine and a stage where shows are held. Live music is often heard here and guest stars have their performances.

Guests visit Shangri La not only to play games of chance, but also for a special atmosphere that can’t be founded anywhere else. In this casino special promotions, lotteries with cash prizes and vivid show programs are constantly held. Shangri La Tbilisi is also prominently distinguished by the size of the prize pool. So, at the end of 2015, the casino played out among its visitors two Maserati cars, and in November 2016, a lottery was held with a prize pool of 200 thousand dollars. At the same time 42.6 thousand were raffled among fans of slots. In 2018, exclusive jackpots for poker appeared in the best casino of Tbilisi. Players who have collected a unique combination, can get up to 200 thousand dollars.

Since Shangri La operates in accordance with the rules of the best gambling houses of Las Vegas, guests can also order gaming tours. These are real vacations with a gambling component, where by the cost of the chips the price already includes flight, transfer, accommodation, meals, excursions and entertainment.